skip to main | skip to sidebar

(1) "To what extent are we already experiencing a man- machine symbiosis that has turned us into cyborgs[or posthuman bodies]?" Christiane Paul (Digital Art, p 166)

In fact, people wearing glasses can be regarded as an experience of a man-machine symbiosis. Also, people using their mobile phones at anytime and anywhere is this kind of experience. The above examples are poeple's experiences of relying on the machine and technologies. And people who lost their limbs in accidents may install some prosthetic-fake limbs(mechanical) to their organic bodies. This is an example of physical experience of man-machine symbiosis.

(2.) What are some pros and cons of becoming a cyborg?
Answer:
Pros:

- can take the advantages of machine (eg:mobile plones' communication function)
- for prosthetic- fake limbs, they help people to live more like normal people(more convenient)
- can get the best elements of both organic and mechanical parts(eliminate those worst elements)
- less human limitations


Cons:
- too robotic(not organic any more)
- against the rule of nature(not natural)
- human being may rely on the machine or technologies too much
-may not function as well as the natural limbs
- more like a robot than a human being
- controversial issue(moral and ethical problem)


Discussion (upload answers to your blog, comment constructively on others’ answers)
What do you think of Stelarc’s work? 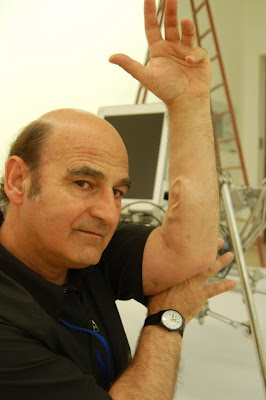 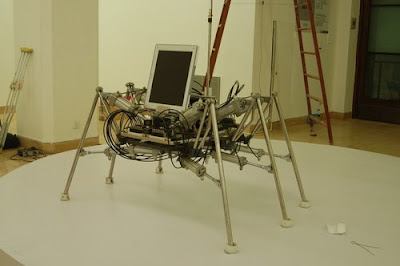 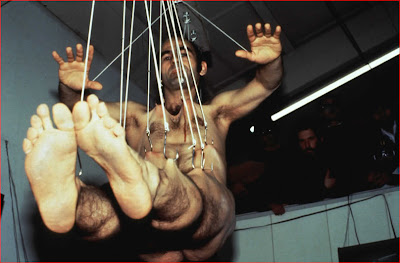 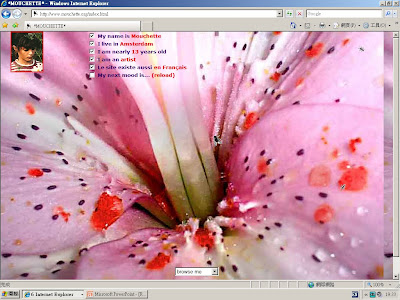 My own identity online:
I have quite a number of identites with different user names on the internet.
For example, Facebook, Xanga,MSN, My Space, Blogspot, Youtube, Icq, forums(ie hkdiscuss), Lingnan, hotmail, google, yahoo, yahoo, twitter.
I use these identities to do different things. They have various functions.


I asked Yu about her identities online.
And yu has these online identities:
Similar to me, Yu has online identities of MSN, Facebook, Icq, Youtube, hotmail, gmail, yahoo, Lingnan, HKflash, cywy, blogspot, Xanga.And she has different usernames for different web sites. by using these usernames, she can do various online activities.
張貼者： Cindy Wan 於 上午3:08 3 則留言: 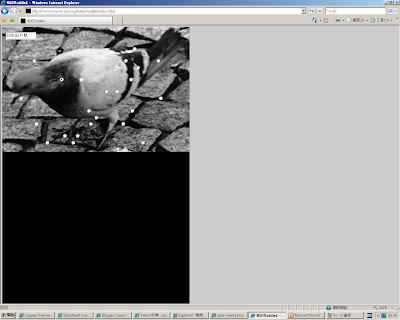 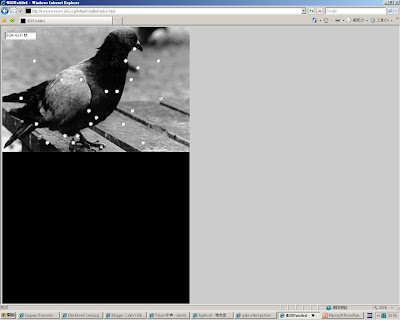 Every time you press different positions, different images of birds with various gestures and actions will be shown. It's very funny and interesting. :D 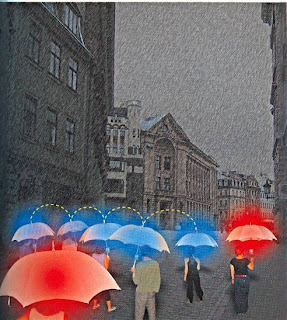 This artwork not only has visual impacts, but also special meanings about digital tools and new technologies. 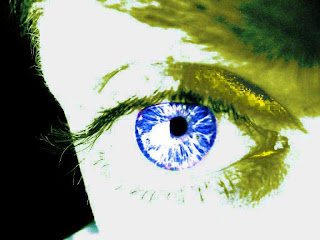 Discussion: What are some challenges digital art presents to the art world(ie galleries, exhibition goers, art critics and scholars)? 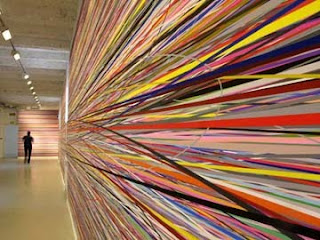 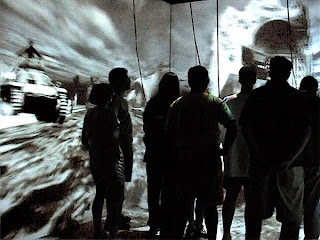 -art forms are difficult to distinct and classify(mixture of different art forms and media)
-galleries may need to have digital, high-tech setting or tools
-some conservative art galleries may reject to exhibit some digital artworks
-it's difficult to critique
-may be not suitable for everyone
-some digital artworks can be reproduced and copied by other people( too commercial)
-closer interaction between the viewers and the artworks
-digital art changes very fast that people easily forget and it's hard for people to follow
- people may take more time and need to have more trainings to understand the digital artworks
- it's a challenge to interpret digital artworks (need more knowledge)
-some people frome less-developed and poor countries may not have efficient resources or technology to develop digital art
-some countries with extreme political ideologies, such as Communist North Korea the government will ban and censor the resources on the internet(even every online activities of people)
張貼者： Cindy Wan 於 上午4:10 沒有留言:

"Mission to Earth" is an example of digital cinema.
It tells a story of a girl by a totally new way comparing the narrative method of traditional film making.
The frame of the film is divided into several sectors, like Mondrian.
Different sectors show different images, for example, a sector of repetitive patterns and lines and another sector is about the story of the girl.
Sometimes, the patterns are quite abstract that represent the mental states of the girl.
The music of the film is harmonious, calm, peaceful and smooth.
Basically, there is a voiceover telling the story.
And the tone of the voiceover is quite flat that just like the radio boardcast.
But this can also gives audiences a sense of isolation, alienation and loneliness towards the girl.
The special composition of the frame encourage audiences to be an active viewers.
Viewers need to focus on several different images or sectors.
Also, they need to use their imagination ,creativity and sensation in linking up the relation between different sectors.
For the viewers of traditional cinema, the easy understaning of the films' plots are always taken for granted.
To some extent, this film gives more space for viewers to think and have different interpretations.
Also, this film uses a very new and innovative way to present a story, more like drawing.
It breaks the limitation of traditional film making.
張貼者： Cindy Wan 於 上午4:32 沒有留言:

Quote 2
“…Through their many activities – uploading, viewing, discussing, and collaborating—the YouTube community forms a network of creative practice. In his book on the social worlds of art, music and design, Howard Becker (1982) described this kind of formation as an ‘art world’—’the network of people whose cooperative activity, organised via their joint knowledge of conventional means of doing things, produces the kind of art works that art world is noted for’ (Becker, 1982: x). He argues that the construction and negotiation of aesthetic values and ‘proper’ techniques is not confined to academics or experts, but involves everyone who contributes to the process of cultural production, including audiences. Similarly, on YouTube, aesthetic values, cultural forms, and creative techniques are normalised via the collective activities and judgements of the entire social network—forming an informal and emergent (and by far from homogeneous) ‘art world’ that is specific to YouTube”.


Those hightlighted words are what i really agree with.
i agree that Youtube can be regarded as "art world".
The nature of Youtube is neutral amd it's just depends on how people use it.
If we use it wisely and properly, it can be a free platform for exchanges of ideas, culture and opinion.
People can use Youtube as a tool to create their artworks by their imagination and innovation.
And someone's videos and works can become the inspiration of others' works.
And everyone can involve in the activities on Youtube.
張貼者： Cindy Wan 於 上午2:58 沒有留言: